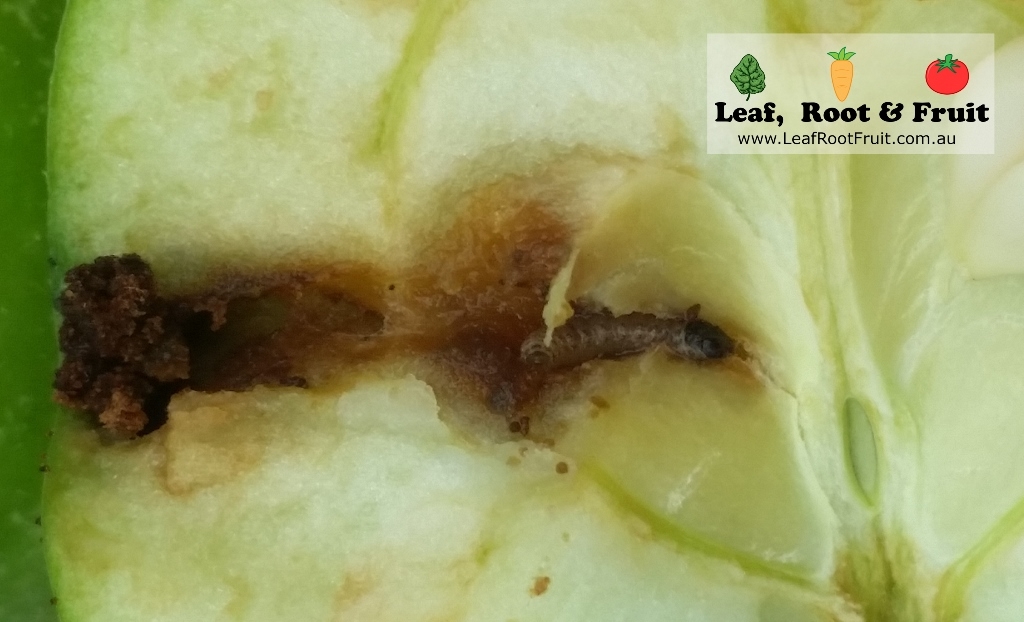 What’s worse than finding a worm in your apple? Half a worm! And that worm is likely to be the larvae of the codling moth (Cydia pomonella). Codling Moth larvae are currently prevalent in apple, pear, nashi and quince fruit. Our large granny smith apple tree is so badly infested this year, that I’m not going to bother netting the fruit. The potential crop of uninfested fruit is so small, it is just not worth it.
Females lay eggs on fruit or leaves in summer and the black-headed yellow larvae attack the fruit immediately upon hatching. Each larva burrows into fruit, and eats it for around three weeks. The grub then emerges from the fruit to overwinter, and pupate elsewhere in spring, and emerge as an adult moth in summer. 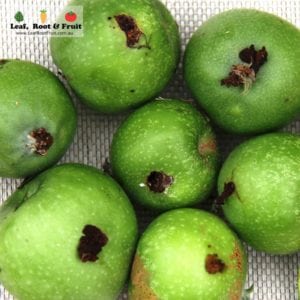 You can tell if codling moth have infested the fruit by looking for the telltale “frass” (codling moth poo) at the entrance to the hole. Any infested fruit should be removed from the tree and destroyed. Don’t bury the fruit or put it in the compost. Instead try cooking it in a sealed, black, plastic bag in the hot sun. You could also feed the fruit to animals or poultry. Having poultry free range under the trees to scratch and eat overwintering larvae, and clean up fallen fruit is also a great idea.

There are quite a few organic strategies that you can use to reduce future codling moth infestations. Reducing hiding places (such as flaky bark) for cocoons is important. Providing traps such as rolling cardboard around the trunk, or pheromone traps can also help to reduce numbers. You’ll need to periodically remove the rolled up cardboard and burn it.

Earwigs eat codling moth eggs (although not enough to rely on for control). The Trichogramma wasp is an important predator in our gardens, as it targets codling moth (as well as many other pest insects). They also feed on nectar. So having plenty of flowering plants in your garden will help to sustain significant populations of predatory wasps, and help keep your codling moth problem under control. 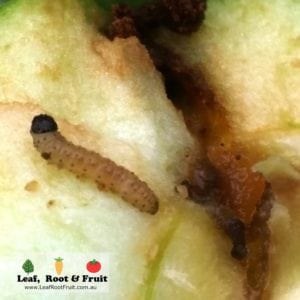 Codling moth have a black head. Their eggs hatch in summer and the grub quickly burrows into fruit.