Recently Duncan and Caryn from Leaf, Root & Fruit took some down-time and had a quick holiday traveling to the UK and Europe. Here’s a few horticultural highlights from the trip: 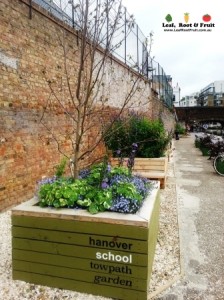 The pupils, staff and parents of Hanover School created a community garden adjacent to the towpath of the Regents Canal (near City Road Lock). We discovered this great school garden during a leisurely stroll along the canal from Haggerston to Central London. The aim of the garden is to create a greener, more attractive space for the local community. A neglected stretch of the towpath has been turned into a productive, more liveable space. In the process, staff, parents and pupils involved in the project have learnt about gardening, biodiversity and the environment. The project also provided opportunities to learn about the history and geography of the canal.

It is obvious to see that a lot of hard work has gone into setting up and maintaining the garden. Bonus points also go to Hanover School for their massive wall of solar panels spied on the side of one of the school buildings. 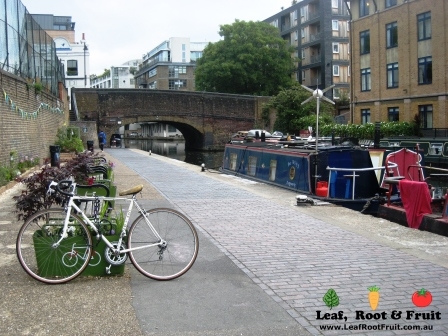 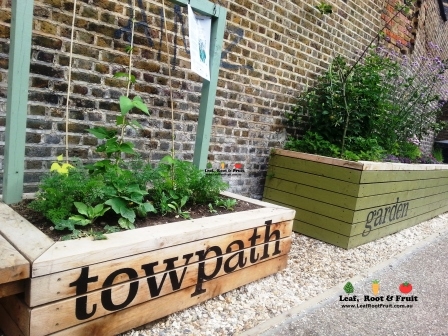 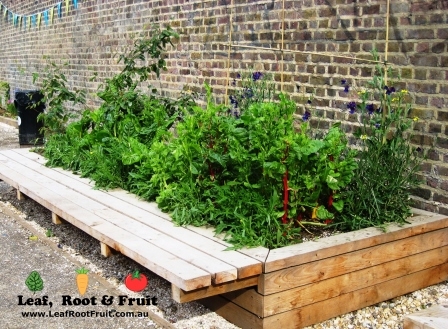 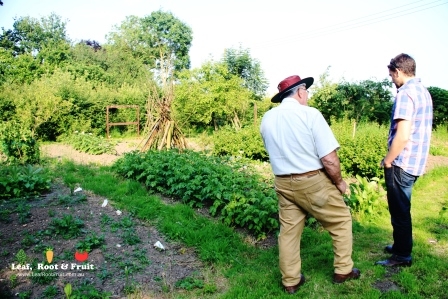 We made an overnight visit to some distant relatives, in the Lincolnshire countryside. While there, we were treated to a personal tour of Barry’s Orchard and Vegetable garden. With its four glass houses, what an impressive garden it is! 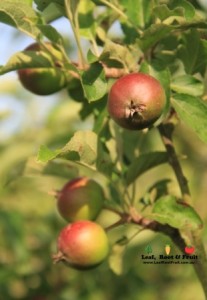 Some young apples growing on one of 25 apple trees in the orchard.

Barry planted the apple trees in the orchard many years ago. Over 25 apple trees produce enough apples to store over winter, as well as make a considerable contribution to the local cider maker. In return the cider maker presents Barry with some of the cider. We were fortunate enough to be given a bottle to take home with us. Delicious!

Barry’s Red Currants were just ripening when we visited

Barry also grows enough potatoes and onions to store, providing a year round supply for his household. Other vegetables such as sweetcorn and beans are frozen to be used throughout the year. The berry crops were just ripening at the time of our visit. He has an extraordinary variety of berries including Logan berries, Red and Black Currants, Gooseberries, and Raspberries.

We noticed the extensive use of insect and bee attracting plants more common than in Australian veggie patches. Barry had used plants such a comfrey, russell lupins, delphinium, cosmos and poppy to ensure that there were plenty of bees on hand to assist with pollination 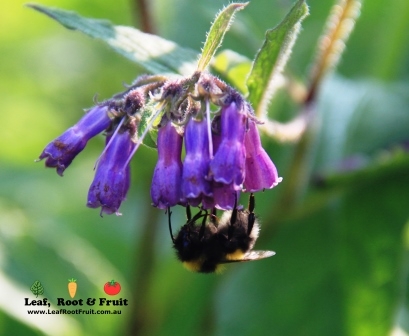 A huge bumble bee is attracted to the purple comfrey flowers 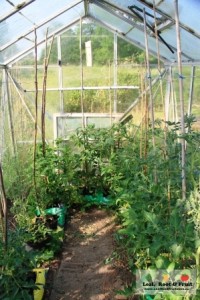 Barry has four glass houses, this one is being used to grow tomatoes in grow bags 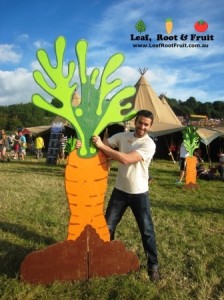 Of course, highlights were Dolly Parton and Metallica, but there’s so much more to Glastonbury than music. Pop-up gardens had been carefully constructed all over the site and looked fantastic.

In The Green Futures Field there was a great display on Permaculture. In this field, festival goers could attend workshops in everything from eastern building a solar panel to growing your own food.

A highlight for LRF was The Greencrafts Village. Here you could learn to carve stone, forge and stamp metal, work clay, blow glass and lathe greenwood. It was possible to learn about bush-craft, kiln firing, timber framing plus yurt and wagon building. You could even experience using a pole or peddle lathe, blacksmith’s forge or raku kiln. 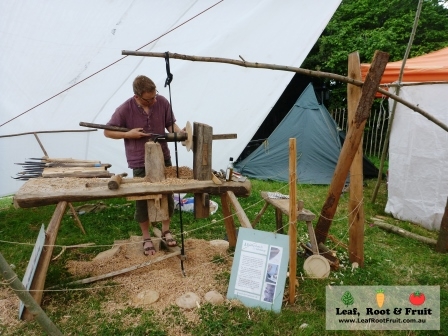 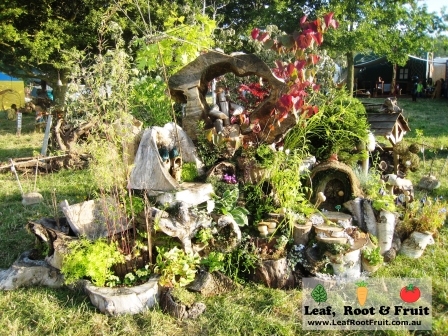 One of the many pop-up gardens at Glastonbury this year 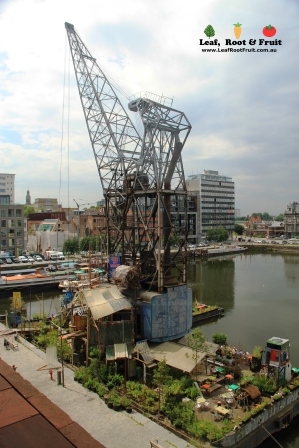 We spotted this amazing bar from the rooftop during a visit to the MAS museum in the Belgian port city of Antwerp. The bar has been built by Belgian art collective Time Circus on an abandoned ship crane. Incorporating a tree-house made out of recycled materials, it even has a chicken coop.

The temporary, floating Welvaert Welton garden was commissioned by the MAS Museum and is docked at Bonapartedok, The garden is aiming to raise local awareness about how urban agriculture might operate. There are community workshops on composting and homemade cider parties. Not only is there a vegetable garden, there’s also a greenhouse, and a kitchen where food can be prepared using ingredients straight from the garden.

We dropped in for a quick drink before getting back on our bikes to explore the city further. Antwerp is such a bike-friendly and environmentally conscious city. They have a great public bike hire system (similar to those of Melbourne and London) with docking stations regularly placed all over the city. The uptake of this system by the locals is incredible, and several times we had to walk to a second or even third bike rack after the closest racks were all emptied of their hire bikes. 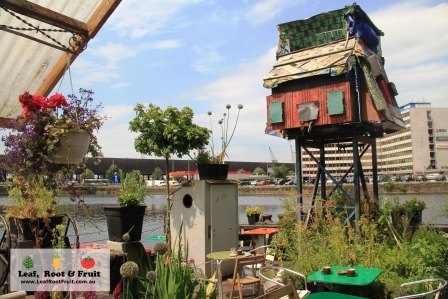 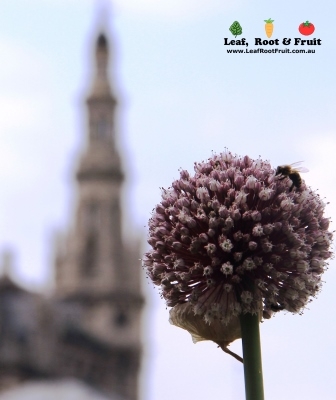 The plants on Welvaert Welton attracted many bees 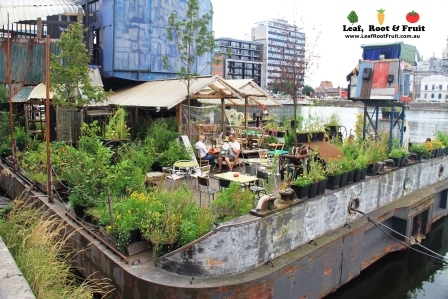 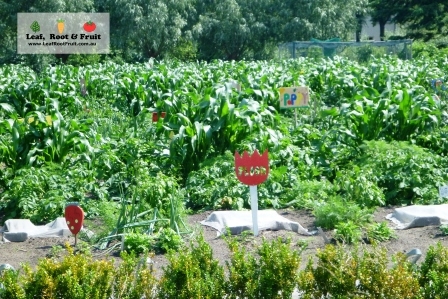 We caught the train from Antwerp to Amsterdam. Rocketing through the southern part of the Netherlands we were blown away, by the extensive agriculture, dairy and flower production. We were more impressed with the amount of vegetable production in the region. The low, flat expanses really are a massive food bowl. With access to such fresh, quality veggies and with space limited, it appeared not many people in Amsterdam grow their own food. 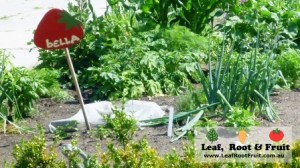 We learnt from one of our hosts that in Amsterdam Kindergarten Children are often given their own veggie plot to work and maintain, in order to help them understand food production,. We visited one of these gardens. Each child had a small plot (approximately 1m x 3m in size) identified with their name painted on a sign. The children plant the seed, tend the garden, water it and then get to pick the produce and peddle it home on their bicycles. What a great introduction to sustainable living. It would be fantastic for Australia’s kinder kids to have access to such great opportunities as well.

When it comes to bike friendly cities, Amsterdam has to be the pinnacle. City authorities say there are well over 600,000 bikes in the city! We certainly made good use of our hire bikes during our stay there.

On our travels, it was great to see a variety of methods used to promote and practice sustainable, edible gardening. Different environments from individual gardens, music festivals to urban communities were all passionate and resourceful in promoting healthy eating using local produce.