Skip to content
Home » Edible Gardening Blog for Melbourne Based Gardeners » How to make » Measuring rainfall: Why you should be doing it.

Rainfall, without it, we’d have no plants, and therefore, no life on earth. Yet, somehow we often take it for granted, or even curse its inconvenience. With today’s busy, scheduled to the minute, lives we’re losing connection with the earth and the seasons. What better way to reconnect, than by measuring the rain? 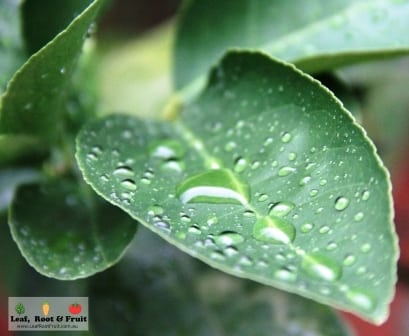 Rain drops on a citrus leaf

Why measure the rain?

Rainfall across Melbourne is often in the form of isolated showers. Our close proximity to the Great Dividing Range and the ocean means that some parts of Melbourne can have a deluge of 20mm or more, and others barely get a drop. By measuring the rainfall in your garden, you’ll have a much better idea of how much rain has fallen in your area.

Knowing how much rainfall you’ve had is an important part of reducing your water use. Sure we can look out of our office windows and see that it’s raining, but it’s important to know how much rain has fallen. With hydrophobic soils across much of Melbourne, a light rain of 3 or 4 mm is going to have very little effect on your plants. So you’ll probably need to water your garden anyway.

Measuring the rainfall will help you to understand the climatic effects in your area and the seasonal variations. If you go one step further and record the rainfall to compare averages from year to year, it might help to explain variations in your edible gardening yields, or why some plants have performed well one year, but poorly the next.

How to measure the rainfall

Measuring rainfall can be as simple as putting a bucket outside, letting it rain, and then sticking a ruler in the bucket and measuring the water’s depth. However, we recommend that you use a more accurate rain gauge to give you more meaningful results. Rain gauges come in various sizes, you can purchase them relatively cheaply from most hardware stores. 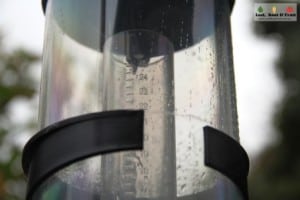 You can buy cheap rain gauges at your local hardware store

Buildings, fences and trees can cause errors in measuring rainfall totals. The distance of the gauge from such objects should be at least twice the height of the obstruction (preferably further if you can manage it). For instance, the gauge should ideally be more than 12 metres from a house 6 metres high and more than 30 metres from the nearest branches of a tree 15 metres high. 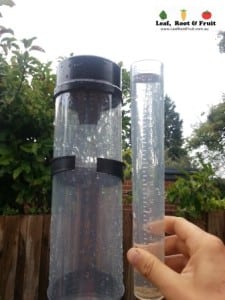 Measuring rainfall is best done with a rain gauge

It’s common practice to read the rainfall every day as near to 9 am as possible. During periods of heavy rain you may need to read the rainfall prior to this and empty the gauge to allow further rainfall to be collected. This intermediate amount is then added to the amount read at the next 9 am observation.

To read the contents of the rain gauge first ensure that the gauge is vertical. Bring the eye level with the surface of the liquid in the rain gauge and read from the scale the position of the liquid surface. Make sure you read the bottom of the curved liquid surface (the meniscus), and not the top of the meniscus, which is the slightly higher lip formed where the water surface meets the cylinder wall.

What to do with the rainfall measurements

Even if you don’t record the rainfall measurements, measuring the rain will give you a good idea of how long you might have to wait before watering the garden again. It’s a good idea to go and check the soil around your plants after any rainfall. This will help you to start correlating the amount of rainfall you’ve had, with how well it has moistened the soil.

Measuring the rainfall with children

Measuring the rainfall is a great way for children to connect with nature. It supports them to explore the seasons and the importance of conserving water. Many kindergartens and schools now have rain gauges in their playgrounds and the children are involved with taking measurements. The rainfall measurements can be recorded and the results can be used for all manner of maths, physics and science activities.

Do you measure the rainfall in your garden? What do you do with the readings?