Over the Easter long weekend, Caryn and I travelled to Hobart. During our stay, we visited the Royal Tasmanian Botanical Gardens. There are edible garden sections commonly known as “The Patch,” that I was keen to visit. Officially these gardens are titled The Tasmanian Community Food Garden.

Last year, Gardening Australia filmed a segment on The Patch, using drones to capture aerial footage of the grounds. During the segment, Tino explained The Patch layout. “The design itself, was loosely based on the wing of a dragonfly. The odd-shaped beds are segments of that dragonfly wing.”

We loved the use of different materials to build retaining walls and raised garden beds. Brick, sandstone and timber are used in various sections of The Patch. There are some demonstrating composting systems. Plenty of seating and wide paths make The Patch accessible to all visitors to the gardens. 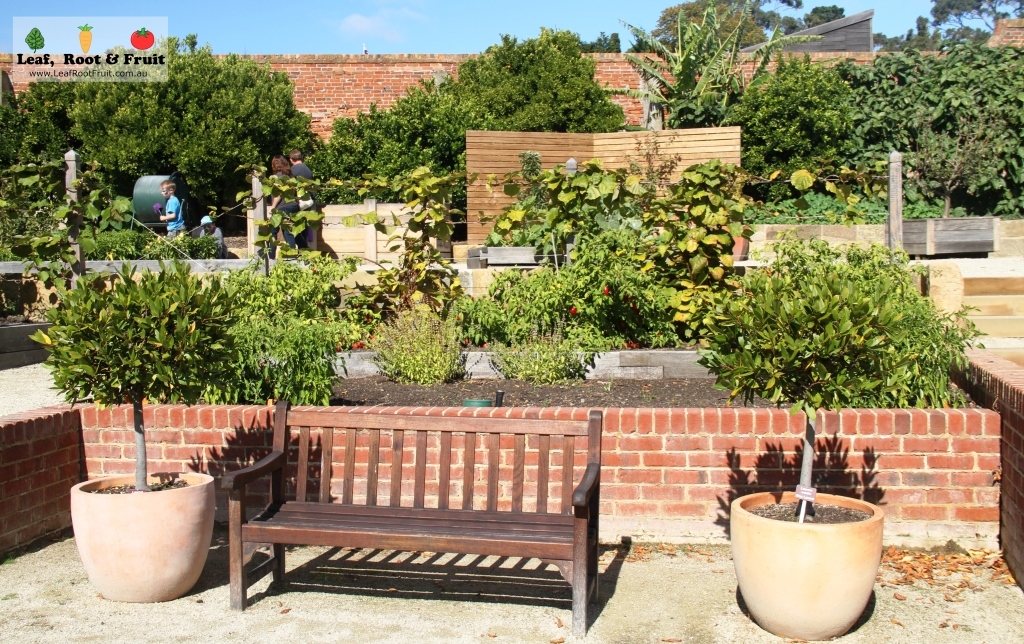 Seasonal winter crops such as cabbage and broccoli had already been planted throughout some of the smaller garden beds. However, most of the summer crops are still awaiting final harvest and removal. There are large plantings of corn, sunflowers and tomatoes. Plenty of chillies, capsicums and eggplants ready for picking.

Many young fruit trees have been planted throughout the patch. Perennial crops such as currants, rhubarb and asparagus are carefully labelled. There are even bananas happily growing against a north facing brick wall.

Much of the produce grown in the Tasmanian Community Food Gardens, is given to charity. The Patch also has a role as an educational facility. It was clear, that many other visitors to the gardens were impressed with The Patch. We overheard many positive comments from visitors, who enthusiastically explored the area, touching, smelling, tasting and photographing many of the edible plants.

If you find yourself in Hobart, I thoroughly recommend making a trip to the Royal Tasmanian Botanical Gardens and checking out “The Patch”. 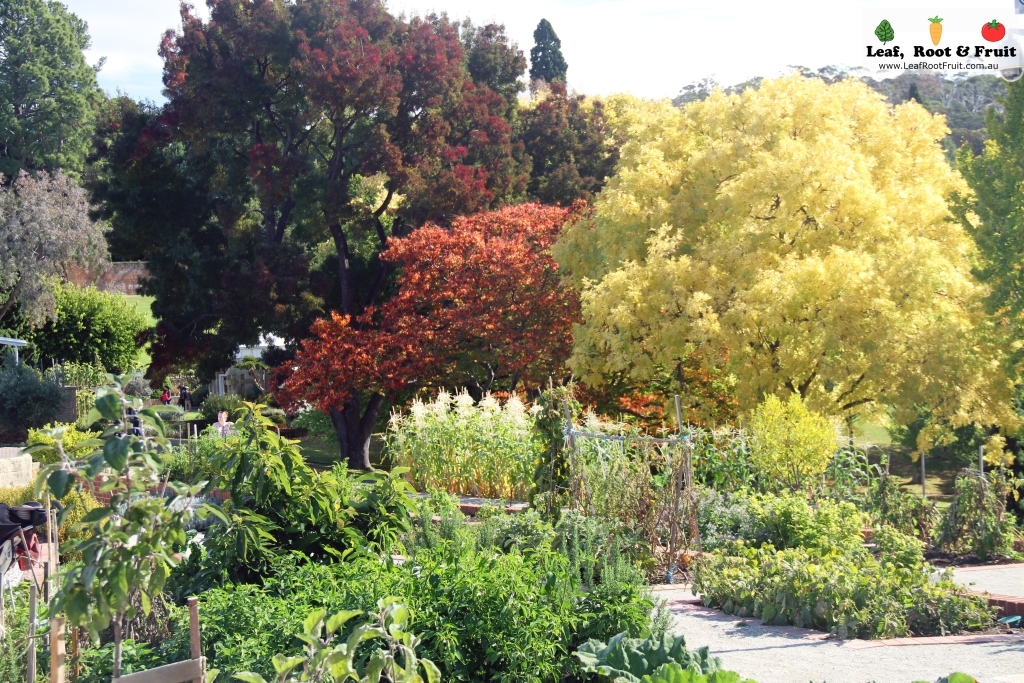 The Patch in the Royal Tasmanian Botanical Gardens during autumn. Check out that colour!

A big zucchini growing in The Patch

Corn maturing against the trees full of autumn colour

Cherry tomatoes ripening in The Patch

Cabbage seedlings freshly planted out in The Patch

The plants were easily identified with great signage.

There were plenty of pumpkin vines escaping their garden beds

There were numerous plantings of corn in The Patch

Manzano chillies growing in The Patch

There is an extensive orchard in The Patch

There were plenty of opportunities to explore in the Tasmanian Community Food garden. Including this Rhubarb leaf.

Ladybirds on fennel flower heads at The Patch