It’s been almost two weeks since I’ve been out to Mum’s place, and checked on the Giant Edible Trellis. In that time the project has really kicked along. 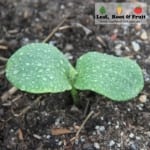 The pumpkins have germinated and are at the two leaf stage

We sowed the third and final phase of seeds back in week seven. The following varieties were planted:

Most of them have germinated and are at the two leaf stage. 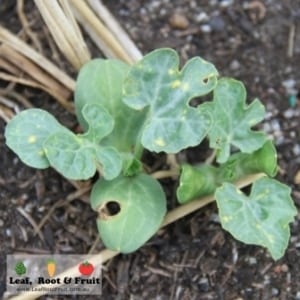 The watermelon “moon and stars” are at the four leaf stage

The moon and stars variety of watermelon is at the four leaf stage and looking fantastic. The cucumber seedlings, that were sown in phase two, with the watermelon are looking a bit worse for wear. Most of them have been damaged by the sparrows. A few seedlings remain, and with a bit of luck will survive and go on and thrive.

The tree tomato plants are looking very strong and healthy. The third and fourth leaves were more like a tamarillo than a true tomato shape. But the newest leaves are now more “tomato-like”. The plants are growing faster than most of our other varieties of tomatoes, that we’re growing this season.

The snowpeas are now up to 50 cm tall and are leaving the beans in their wake. There are already four flowers on them, we should be harvesting snow peas in a fortnight. The beans are struggling due to being eaten back by sparrows and earwigs. None of them have started to run yet. 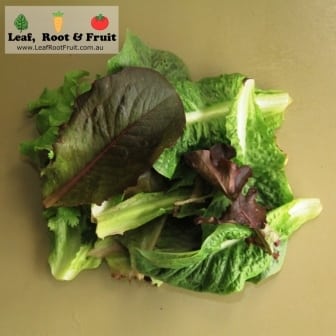 This week, we had our first harvest of leafy greens from the giant edible trellis

There were four flowers on the snow peas this week.

The sunflowers in the companion flowering bed are growing quickly