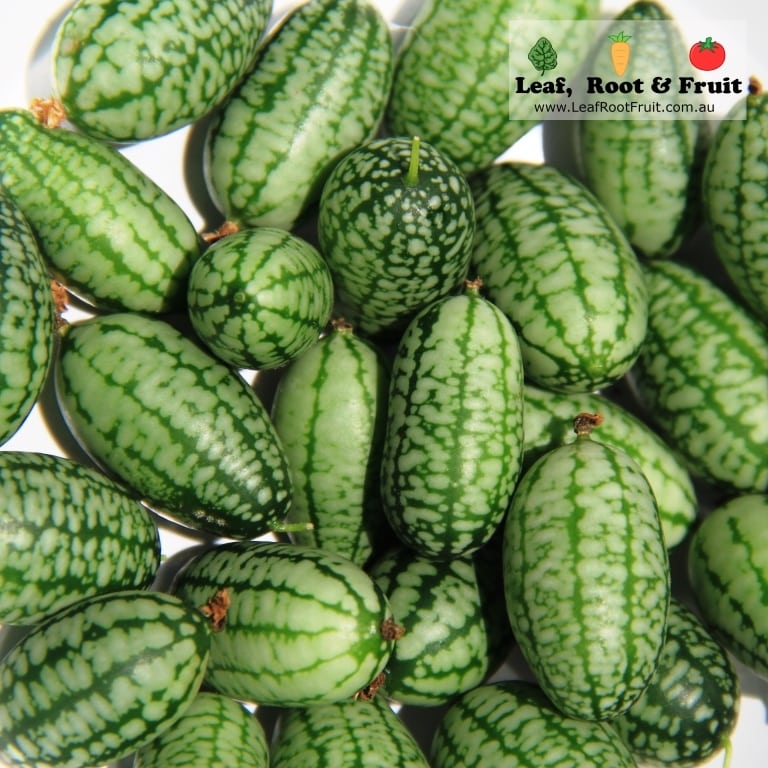 Cucamelons are great in salads or picked straight from the vine and eaten.

Cucamelons are becoming an increasingly popular edible plant in Melbourne. More and more people are asking me how to grow them, and from where to source the seed. Last summer, I grew cucamelons for the first time, they were amazing. Here’s our guide on how to grow them, it’s pretty easy! 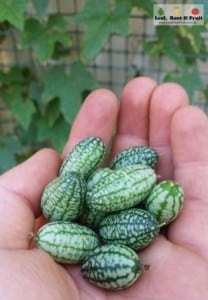 They look like grape-sized watermelons and taste like cucumbers with a hint of lime. They’re native to Mexico and Central America. They also go by the following names: mouse melon, Mexican sour gherkin, Mexican miniature watermelon and Mexican sour cucumber. They are very drought tolerant and easy to grow.

Where can I get some seed?

Several seed companies can supply you with seed:

Some Bunnings stores stock them these days!

How to grow Cucamelons in Melbourne 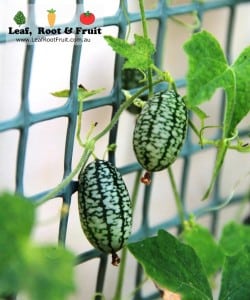 Cucamelons are very easy to grow

Choose a sunny position, with well-drained soil and provide them with a trellis for support.

Seed can either be directly sown into the soil (in late October or early November), or started early in pots in a greenhouse (from August to October). Last year I started them early in pots and they handled the transplant into soil very well.

Sow seeds about 5mm deep and space the plants about 30 to 60cm apart. It’s a good idea to sow seeds in groups of 3 to 4 and later thin to the two strongest seedlings.

They are drought tolerant plants, but they will produce more fruit if you keep them well watered.

To harvest, simply pick the fruit when they get to the size of a grape and eat.

Cucamelons are known to self-seed, so be aware that you may end up having cucamelons for years to come with very little effort. Personally, I see that as a good thing!

Lifting and Storing the Cucamelon Root Ball and Tuber 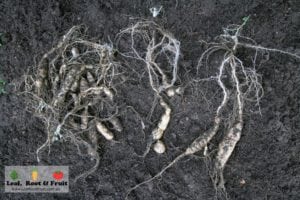 In winter you can lift the tubers of the cucamelon plants to replant next spring.

The cucamelon vines lose their leaves in winter, and you can lift the root ball and store in a cool dark place over winter to replant in spring. I’m trying this for the first time this year. When I dug them up, I was amazed at the size of the tubers that the plants had developed about a foot below the surface of the soil. I’ll replant the tubers in spring as apparently the plants will crop more prolifically and much earlier than in the first season of growth.

Have you grown cucamelons before? What did you think of their flavour? Do you have any tips on growing them for our readers?

52 thoughts on “How to Grow Cucamelons in Melbourne”