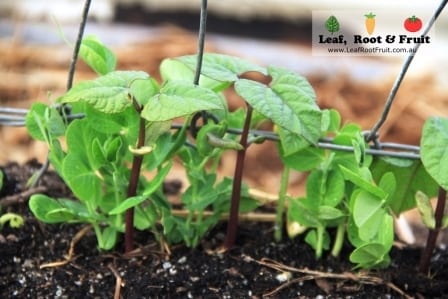 The beans and snow peas are coming along nicely

It’s already week four of the Giant Edible Trellis Project and things are starting to take shape.The flower bed has a fairly thick covering of small seedlings all over it. The snow peas and beans are now well established, although for some reason they are slightly thinner in the North-West corner than in the other parts. Perhaps the sparrows have been sampling a few. Some of the leafy green seeds have sprouted. However, the germination rate on the southern side of the trellis has been very poor so far. 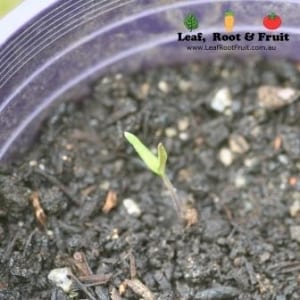 We had two giant tree tomato seedlings germinate this week 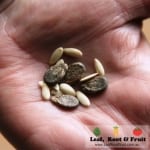 At the end of this week we carried out phase two of planting. We planted telephone cucumbers and an heirloom variety of watermelon called ‘moon and stars‘. We planted the melons and cucumbers, as seed sown directly into the beds. We planted cucumber seeds approximately every metre along the base of the trellis. The watermelon seeds were sown in pairs, in four spots along the bottom of the trellis (Two spots per side). We will wait for these seeds to germinate and establish prior to the third and final phase of planting. This will enable the plants to get a head start before the pumpkins, tromboncinos and New Guinea Beans start to choke everything out with their vigorous growth.

The beans and snow peas are quite thick in most parts