As I mentioned in our recent newsletter, this autumn I’ve noticed a lot more White Cabbage Moth (Pieris rapae) in our gardens than usual. White Cabbage Moth lay their eggs on our Brassicas, such as broccoli and cauliflower. Little green caterpillars hatch from these eggs, and then get to work chewing holes through the plants. 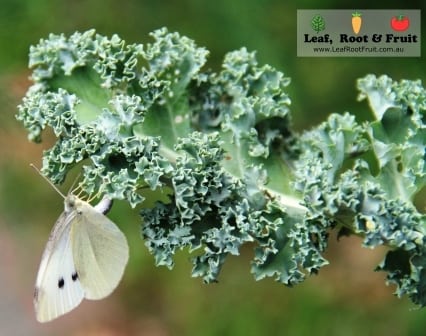 A few holes in the leaves is not a major concern for your Brassicas. However, the numbers of caterpillars this year, have left some of my plants stripped back to bare stems. There are several methods you can use to control White Cabbage Moth, as well as other caterpillars. 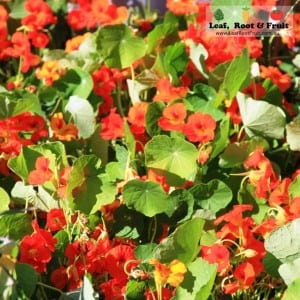 Since we have moved house, we haven’t planted Nasturtiums in our garden. This could be one of the reasons why we are having such a caterpillar problem in our garden. White Cabbage Moth love Nasturtiums, and will often seek these plants out to lay their eggs on, instead of the Brassicas.

Even better than using Nasturtiums as a decoy crop is a ‘dead-end trap crop’. Moths and butterflies are very much attracted to Land Cress (Barbarea vulgaris), and will lay their eggs on this plant rather than your Brassicas. Once the caterpillars hatch, they will take a bite out of the toxic leaves and then die.

If things get really desperate you can spray your plants with Dipel. This biological control is a bacterial stomach poison for all caterpillars, which is mixed with water and sprayed onto both sides of foliage. It must be ingested by the actively feeding caterpillar, which will then die 3-4 days later. It is not a contact spray. It is considered safe for beneficial insects, including ladybirds and bees as well as fish, birds, mammals and pets. Dipel contains Bacillus thuringiensis (Bt), which is a bacterial toxin and specific against most species of leaf eating caterpillars. Dipel is listed as an organic spray.

The easiest method to control caterpillars is via search and destroy missions. It’s a great activity for the kids to hunt them down. You can then squish them, or feed them to the chooks. It can become quite a game of hide and seek, as most of these caterpillars are masters of disguise. Make sure you inspect the undersides of leaves, as that’s where a lot of them hide during the day. 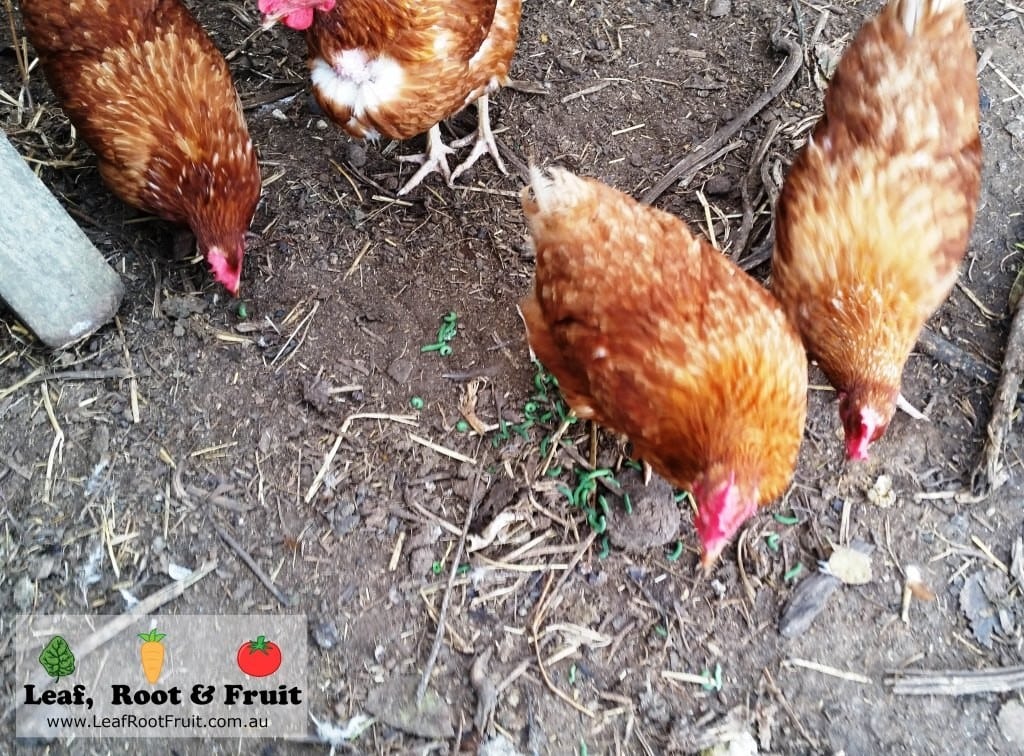 This year, rather than squishing them all, I’ve been trying to relocate the cabbage moth to other plants that are less important to us. The idea is that by maintaining an abundance of these pests in the garden, predatory wasps will be encouraged to breed up and tackle the problem for me. This method was semi-successful, as I have noticed an increase in number of Predatory Wasps in the garden. Predatory Wasps inject their eggs under the caterpillar’s skin. Then their larvae hatch and consume the caterpillar from the inside out, eventually killing the caterpillar.

Here’s a video that I recorded a few weeks ago. It shows Parasitic Wasps hatching out of a Dainty Swallowtail Chrysalis.

You can also use a fine netting to keep the moths from laying eggs on the plants. You will need to put the netting over as soon as you plant the seedlings. If you wait until there are signs of caterpillar damage, it is too late, as you just trap the emerging moths inside the netting. Which means they have to lay eggs on the plants inside it. 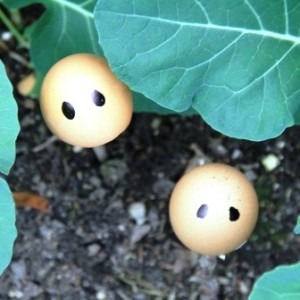 Or, Just Wait for the Cold Weather!

As the weather turns colder, pest species such as Aphids, Whitefly and White Cabbage Moth will become less of a problem. So try and avoid using sprays in the garden, if you can, and let nature take care of it for you.

Our cabbage moth problem was eventually cleaned up by another much despised pest in Melbourne.

Do you have any tried and tested methods for controlling White Cabbage Moth? Please share your experiences with us in the comments section!