Our lemon tree is bursting into bloom with the warmer weather

We’ve got a lemon tree growing in a large pot at the back doorstep. It’s just bursting in to bloom at the moment. Unfortunately we’re also starting to get a bit of scale appearing on the undersides of some of the leaves. 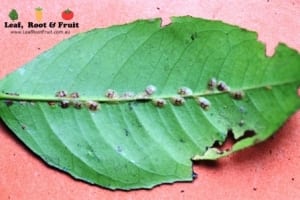 If you’ve got scale on your citrus trees, you’ll probably also notice that there are ants crawling over your tree too. Scales shoot a sweet substance called honeydew. Ants like to ‘farm’ the scale to feed on the honeydew. They’ll even pick the scale up and move them all over the tree. Honeydew also leads to sooty mould, a black dusty fungus that grows over the leaves and stems. Controlling the scale will also get rid of the sooty mould.

Scale in large numbers can cause leaf yellowing, leaf drop and die-back. Don’t worry though, it’s easily treated with a spray of white oil, which suffocates them. The great news is that it’s easy to make your own white oil to treat scale and aphids. 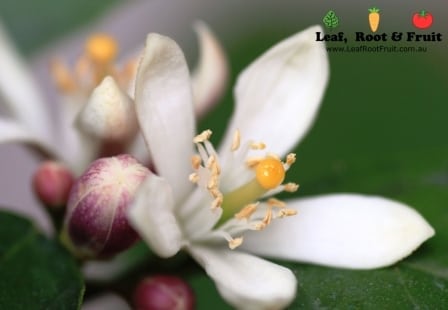